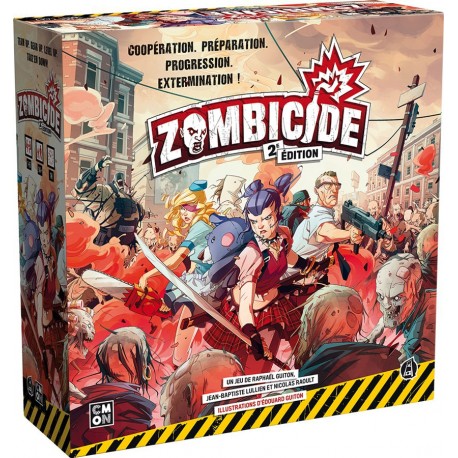 Science has enabled humans to transform flora and fauna. But these alterations have had serious consequences on the human organism. They transform people into living dead.

In the Zombicide miniatures game, the zombies are controlled by the game, as players take on the role of Survivors who must cooperate to survive and progress in a world overrun by bloodthirsty undead. Find weapons and equipment to fight against zombies through 25 different scenarios connected by a branching story, while choosing your way through an infested city.

30 other products in the same category: